Don’t Leave Your Pooch Up a Creek Without a Paddle 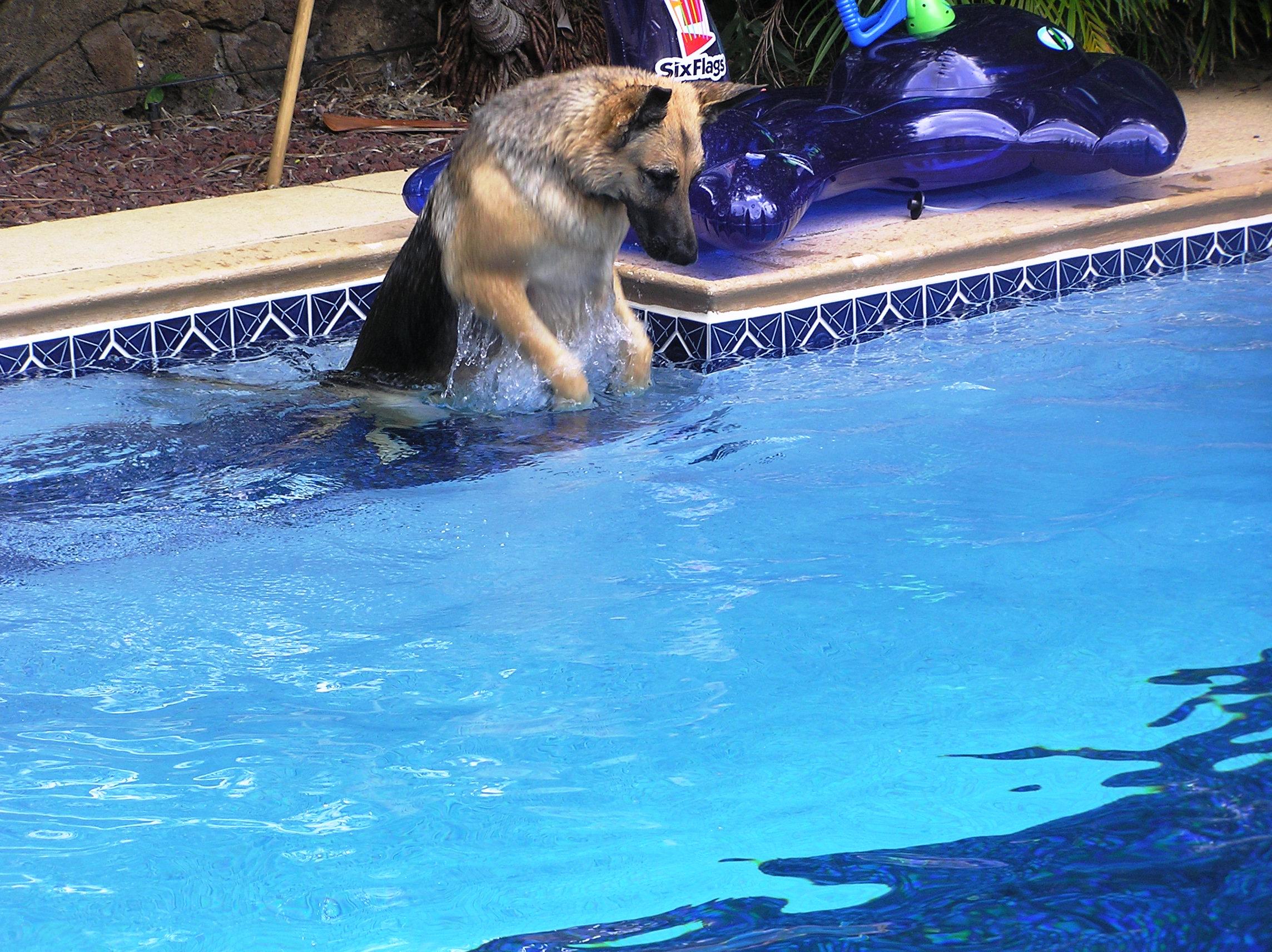 We ask potential adopters to complete background paperwork and we conduct in-home assessments to be sure the new conditions will be a good match for the dog. If the home has a swimming pool or access to a body of water, we make sure the dog gets a refresher course in swimming as well as a guided tour of the pool or pond.

Most dogs are pretty good swimmers, although body size, hair length and snout anatomy, can affect their ability to stay above water. But even if a great swimmer falls into a pool and doesn’t know how to get out, he may paddle to exhaustion and drown, as pointed out in this recent New York Times article. A paddle or two around the pool will help the dog know where to find the steps or shallow depths.

PetMD’s Dog Safety Guide for Near Drowning in Dogs provides a list of six steps to follow if you find your dog unconscious or unresponsive. In a section on prevention, the article says, “If you have a swimming pool at home, always make sure your dog is supervised outside. Leaving an appropriately sized life preserver floating in the pool is an additional precaution, but is not a guarantee of safety.” And if your barker is a boater, they say a canine life jacket is a good idea.

If you’ve ever been in Eastern Oregon in August, you know how blistering hot it can be. It was the middle of harvest, and I was driving wheat truck that year from the wheat fields near Lexington, Oregon, to the grain elevator in Boardman – a distance of about 30 long, hot miles through the desert.

The elevator was situated on the bank of the Columbia River so that barges could dock next to it and hundreds of thousands of bushels of wheat – and sometimes barley – could be poured in from massive downspouts and taken down the river, through multiple hydro-electric dam locks to Portland. From there it would go to multiple worldwide destinations, providing an important global food source.

On this particular day, the mercury was hovering slightly above 100 degrees; I was hot and covered in itchy wheat chaff, and I could see from my canine co-pilots lolling tongue that he was equally as warm. As I sat in the truck waiting in line to have my wheat weighed and unloaded, I looked longingly at the calm waters of the Columbia. Hmmm. Did I have enough time for a quick swim?

Yep. Looking at the line ahead of me, I estimated I had at least 30 minutes.

Decision made. Calling the dog, we headed to the riverbank where I pulled off my boots and waded in – jeans and all.

Expecting that Jem would be right behind me, I ducked below the surface, enjoying the cool water rinsing away the dust, grime and chaff. But when I surfaced, I was surprised to see Jem still on the bank, barking a warning. Clearly, he considered swimming to be a very poor choice on my part. No matter how I coaxed, he resolutely refused to get his paws even a little bit wet.

Finally, I waded back out of the water, picked up the full-grown Doberman and carried him out to where the water was about waist deep.

When I released him, he paddled frantically in a tiny circle and proceeded to literally climb up me in a panicked attempt to get out of the water.

I was astonished! I had assumed that dogs “automatically” knew how to swim, but clearly he had missed that memo. It took a little reassuring and supporting him as I lowered him into the water again, but he began to dog-paddle tentatively. When he realized that he could keep his head above water and navigate, he was “all in!” The river, he decided, was a great place to be on a hot summer day.

Years later, when I moved into a home in Hawaii with a swimming pool and had a miniature dachshund and a German shepherd, I remembered the experience with Jem, and the first thing we did was make sure that both dogs could swim. Just as important, we taught both of them where the steps were so they could get themselves out if we weren’t around.